Letters to the Editor, June 14

I am a Marco resident, a business owner, and I am in favor of dispensaries on Marco.

Letters to the Editor, June 14 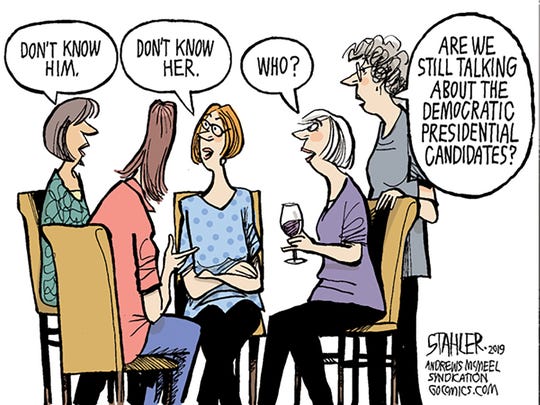 I have received word that Planning Board member, Ed Issler is opposed to dispensaries on Marco Island and has started crusading against them with misinformation and straw polls sent to voters via email. I have yet to receive such an email asking if I was in favor of medical marijuana dispensaries on Marco, so I wanted to state my answer publicly.

I am a Marco resident, a business owner, and I am in favor of dispensaries on Marco.

It is ridiculous not to be in favor of them. I doubt those opposed to dispensaries have ever even visited one. They are not the crack dens that the opposition makes them seem. They are quiet and have less traffic than most of the neighboring stores, and the majority of the people in there are seniors. You would never notice a dispensary is here once it opened. It would blend perfectly into our community and would be required to abide by Marco’s building codes and requirements the same as any other business or pharmacy.

Rather than welcoming dispensaries that could help so many, people like Ed Issler are only making unnecessary enemies, delaying the inevitable, and denying the will of the people with outdated and selfish thinking.

People should learn their history and see why marijuana was made illegal in the first place. The US ban of this plant is rooted in racism, misinformation and cronyism.

Marcy Island residents are better than this.

People opposed to marijuana dispensaries are on wrong side of history and should stop alienating their friends and neighbors over something that literally does not and will not affect them in any way.

When does it end?

Twelve more innocent people have been killed at a mass shooting, and four more critically injured, in Virginia Beach. More thoughts and prayers for the devastated families and community are offered.

Again, nothing will change, and we will wait for the next mass shooting. Maybe next time it will be in our community and it will affect our family. Will anything change then?

Or, will it be just more thoughts and prayers?

Congress in 1996 passed the Dickey Amendment that effectively forbids use of our tax dollars to research firearms and public health that could be used to guide legislation to effectively address gun safety in our country.

It is time for Congress to rescind the Dickey Amendment and allow tax dollars to do meaningful scientific research on firearms and public health. If not, then please tell me how many more gun deaths in mass shootings will it take. Fifteen? 123? 910? 2,473? Do they all have to happen at once? Or must they be distributed over a certain number of communities or include a given number of states? What is the tipping point in mass murder to get you to act?

The 12 people in Virginia Beach were alive before the gunmen decided that a mass shooting would end their lives permanently and plunge their family, friends and community into despair needlessly and senselessly.

Your silence and lack of effective action is deafening.

Please work to repeal the Dickey Amendment immediately so that sound scientific evidence can be sought to guide us to do better in handling the gun crisis in our country going forward.

The 1973 decision of Roe V. Wade is being challenged amidst a growing Right to Life movement.

The pressure is on to find a compromise. Who’s right, who’s wrong? No doubt, a woman’s body is her domain, yet is the growing life inside her, hers to kill? Whether conceived through incest or rape, does that matter to the developing life?

The fact remains, however, in the dark of night, a pregnant female will do what she believes she must, despite any laws to the contrary.

In this debate, there are no villains, only a conundrum to be solved. If vasectomies and tubal ligations were safer and the ways to reverse them more effective, could that be an answer to a fight that will otherwise have no winners?

The Marco Island Memorial Day event organized by the VFW was well done except the U.S. Merchant Marine was not represented. These men and their families that served and sacrificed on board U.S. merchant ships in WWII still go unrecognized. They died at the rate of 1 in 26, the highest rate of casualties in any of the services.

More than 9,500 of 243,000 men who served, died, as reported by Capt. Arthur R Moore in “A careless Word - a Needless Sinking: A History of the Staggering Losses of the U.S. Merchant Marine.” These seafarers who performed so outstandingly in a time of need and sacrifice left a legacy and tradition which must be remembered and cherished.

As a commissioned officer in the Navy and a Master Mariner in the Merchant Marine, it was my honor to sail with many World War II merchant mariners. Since they were not declared veterans with benefits, they endured PTSD and injuries alone. I sailed with a mariner who, after getting torpedoed within sight of the lights of New Jersey, survived swimming through burning oil, shark attacks and freezing water, had some coffee, and immediately boarded another tanker with desperately needed gasoline for the war.

The U.S. Merchant Marine is the backbone of the military and this lapse of recognition is an injustice to some of the greatest patriots in our history leaving these men to wonder “did our service and sacrifices matter?”

A reading of “Heroes In Dungarees” shows what these men/boys contributed. We must capture this last opportunity to honor our World War II merchant mariners while some are still living and play their song, “Heave Ho! My Lads! Heave Ho!”.

A few nights before D-Day (anniversary), three couples had dinner at our club. We raised a few toasts to all those who gave their all in the cause for freedom. We shared some stories of people or relatives we knew who had some part in that momentous event, both on June 6 and later.

I shared some regrets that will go to my grave with me. My uncle was a paratrooper with the 101st Airborne and dropped on the morning of June 6, 1944, behind enemy lines in the dark. As a kid, you would think that I would have asked him all about it, as little kids are wont to do. For some reason, I never did.

Then, several years later, I found out that a member of our church in New Jersey was a bombardier. He told me some fascinating stories about his time in the war. I kept telling myself I would get him on video, but, alas, we moved to Naples and Scott has since passed on. So, here is my request: If you know anyone like this with stories to share, please get it recorded in order that future generations can have a first-hand account of what the Greatest Generation truly accomplished.