Letters to the Editor, Aug. 27

As students and teachers return to classrooms, here are some facts to digest.

Letters to the Editor, Aug. 27 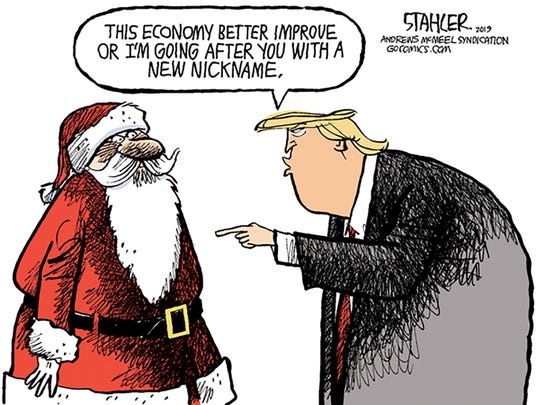 As students and teachers return to classrooms, here are some facts to digest.

Florida has the fourth-largest economy in the U.S. (Enterprise Florida), yet Florida legislators continue to underfund public education.

“Florida is ranked 43rd for per-pupil investment adjusted for regional cost differences,' according to the Florida Policy Institute. 'Recent comparisons indicate that Florida students are funded roughly $4,354 below the national average of $11,762.”

Obviously, Florida is not living up to its potential to fund public education.

Investing in public education boosts the local economy and supports the cornerstone of our democracy. The defunding and devaluing of public education by our state legislators is an embarrassment and must stop. I urge Southwest Florida residents to contact their state legislators and insist on better per pupil spending and funding teacher salaries with legitimate raises and not bonus schemes.

Democrats and their candidates

We may have chosen to

watch 20 people auditioning for one job. Pathetic is one word that comes to mind. Another is scary. We have experts telling us what is good for us and shoving it down our throats. God help us.

I believe the woman from New York claiming she is white and of privilege, talking and advising women in another location. Wonder what she means by of privilege?

Another question I have is for “The Squad.” What do they mean when they describe themselves as of color? If it’s their skin they are addressing, I must say that after seeing them on TV and in the papers, I believe my skin tone or pigment or color is darker than two of the four. Not that any of us can take credit for our color when we come into this world.

The Lee County commissioners, in spite of three hours of public testimony at Wednesday's meeting against allowing a change on Map 14, voted 'yes' 3-1, and that only 'no' vote was cast by Frank Mann, who has opposed this lime rock mine.

The Troyer application to mine was filed over three years ago and the vote Wednesday was to approve the ability of Troyer's lime rock company to go in and dig a 781-acre pit in the midst of conservation land between State Road 82 and Corkscrew Road, thereby leading to contamination of ground and surface water from fuels and accelerants that they use and will be storing there, according to their mining application.

When they cast their vote, there was no discussion among them, and it took only 10 seconds to sell Southwest Florida down the drain, or rather down the 781acre pit that they will dig — brought to you by the (you know who) commissioners of 2019.

Everyone needs to speak up about this sellout of our water in our 80,000-acre underground acquifers for 120,500,000 tons of lime rock.

Capitalism, socialism or both?

Capitalism is good for the ways it harnesses human greed to promote innovation, economic development, and efficiencies in the production of goods and services.

But unchecked, capitalism can also result in worker exploitation, extreme wealth inequality, environmental damage, and repeated cycles of boom and bust leading to misery for many people.

Socialism is good for the ways it protects us from the excesses of unfettered capitalism though laws and regulations that provide the infrastructure that is necessary for economic development, ensures educational opportunity, protects workers and consumers, provides medical care and retirement benefits, and protects the environment.

Why not pick the best features of both capitalism and socialism and combine them to create an optimal system? It’s not a binary choice. Why dance to the tune of right vs. left? That is just another way in which we are divided, distracted and controlled. Instead, let’s elect political leaders who set aside the labels and deal with the issues for the good of all and not just to benefit the wealthy and powerful few.