Letters to the Editor, Oct. 25

These are the same sponsors that have supported marijuana legalization nationwide, together with those that control marijuana.

Letters to the Editor, Oct. 25 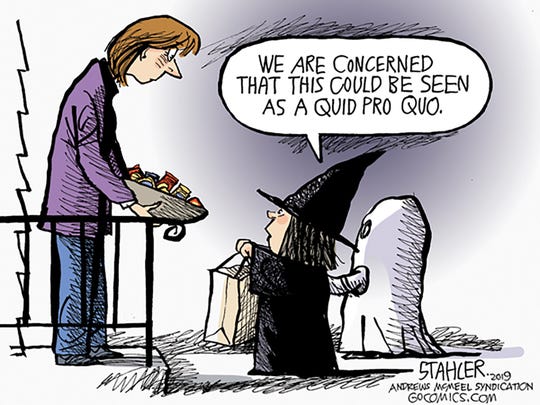 These are the same sponsors that have supported marijuana legalization nationwide, together with those that control marijuana production in and around Florida. The same people that grow marijuana plants for medical marijuana are looking to expand their businesses and exponentially expand their profits at the expense of the public, especially our youth.

There are many reasons and studies that form the basis for fighting this legalization effort. There is absolutely no reason, on our small Island, to allow something that will place more impaired drivers on the road. In every state that has legalized recreational marijuana, there has been an increase in automobile accidents. As high as a 34 percent increase in California.

And we want to make every effort to keep marijuana out of the hands of our youth. Any legislation that allows recreational marijuana on to Marco Island makes it easier to get for young and old, alike. There are just too many credible studies that show that Marijuana has a terrible impact on the development of a young person’s brain.

Dear Sir; the Madeira condominium on Marco island beach and its contractors have previously run roughshod over city and state regulations regarding coastal vegetation, as widely reported in the press, including in this paper.

Despite these egregious breaches, the condominium is pursuing its application to use the beach as a staging area and site location for a crane to facilitate roofing replacement, an application which shows every sign of being approved by city and state reviewers.

Imagine my surprise to learn that yesterday another contractor hired by the condominium was caught removing beach vegetation with no permit for the work and unlicensed by the cty to perform this work.

This reprehensible scofflaw attitude indicates an applicant unworthy of receiving the public trust that such a permit represents.  I have no doubt personally that the grantors of permits are tempted to allow the work anyway and the question in my mind is: “How egregious and repetitive must such unbecoming behavior become before the keepers of the public trust do the right thing and deny these permit applications?”

Florida is a huge puppy mill pipeline. Collier County had the chance to stop the pipeline from leading to our beautiful area. Yet, the choice was made to regulate something where the start of the problem exists out of state. How do you regulate something that is states away — especially when the current federal regulation is minimal and has been eroded to basically nothing over the last three years?

Banning retail sales of puppies and kittens was a move to not only protect the animals, but to protect the consumer. A consumer going into a local retail shop or even online to purchase a baby dog or cat has no idea where it came from.

Smart buyers will want to see where it comes from, to make sure it’s a clean facility with well-kept, healthy animals. The buyer will need to know that the puppy has parents who are healthy and of good temperament. Those things must be seen firsthand. Buying a purposely bred animal is an investment. The animals often are sold for many thousands of dollars. Would you buy a car without doing some research?

When puppies and kittens are sold online or in retail the consumer must rely on what the business tells them, and nothing requires them to tell them the whole story.