Letters to the Editor, June 19

For the past three-and-half years I have been reminded almost daily of my visit to the Marco Island McDonald’s the morning after the 2016 election.

Letters to the Editor, June 19 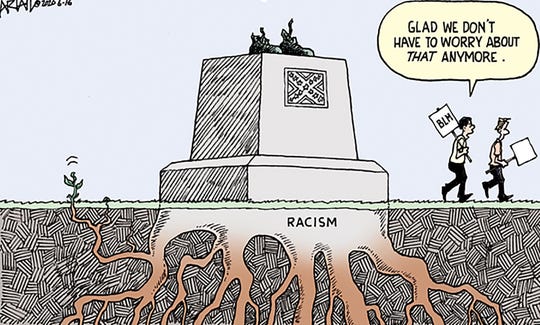 For the past three-and-half years I have been reminded almost daily of my visit to the Marco Island McDonald’s the morning after the 2016 election. While getting

my senior coffee, I observed a local group of seniors – who met there each morning – discuss Mr. Trump’s election. I overheard a lady say rather strongly to the others something to the effect: “Well he better stop the tweets!”

President Trump’s latest outrageous Twitter message asserting that the 75-year-old Buffalo peaceful protester – who was severely injured when pushed to the ground by police, – might be a “set-up,” is just the latest example of an out-of-control mind. And then to see our Senators Rubio and Scott not seriously comment on his tweet is disgusting. Shame on them.

I’ll be at the McDonald’s on Marco for breakfast Wednesday, Nov. 4 to see if our country has regained its moral direction.

From experience, when the opposition candidate, or their proponents, begin to malign the other candidate(s) in an upcoming election, it is usually a sign of desperation on their part.

In my opinion, this is clearly the case based on recent editorials that appeared in local newspapers and used nothing but “hearsay” to denigrate Rick LoCastro, the candidate for Collier County Commissioner-District 1.

I have known Rick LoCastro for several years and believe his background and integrity are what our district needs to help guide our growth through the next decade.

Colonel LoCastro’s exemplary service of almost a quarter century in the United States Air Force (during war and peace) is to be congratulated. Both the VFW and American Legion have validated his “service” to our country. His performance was further acknowledged by the military when Rick was appointed to command the Air Force Academy from which he graduated. This alone speaks volumes of the man and his character.

Rick has also served as the former COO/Physicians Regional in Naples where he helped to make a further contribution to the growth of our community.

Rick is a man of integrity, knowledge and commitment. He is well suited to “add value” to the position of Collier County Commissioner-District 1 plus handle the challenges we face during the upcoming years. I am confident he will perform this duty with both “intelligence and heart.” These are the reasons that I support and will vote for Rick LoCastro.