One tree was donated by Gay Smith, a Marco Island seasonal resident who walks her dog in Leigh Plummer Park.

Florida Arbor Day is celebrated on the third Friday in January, and on Jan. 18, in honor of Arbor Day, Calusa Garden Club members gathered at Leigh Plummer Park to plant two native trees.

One tree was donated by Gay Smith, a Marco Island seasonal resident who walks her dog in Leigh Plummer Park. Noticing the plaque in Leigh Plummer Park that tells about Calusa Garden Club partnering with the Marco Island in 1984 to establish native plants in the park and seeing that Hurricane Irma had destroyed several of the shade trees in the park, Smith contacted the club and made a donation to purchase a shade tree. 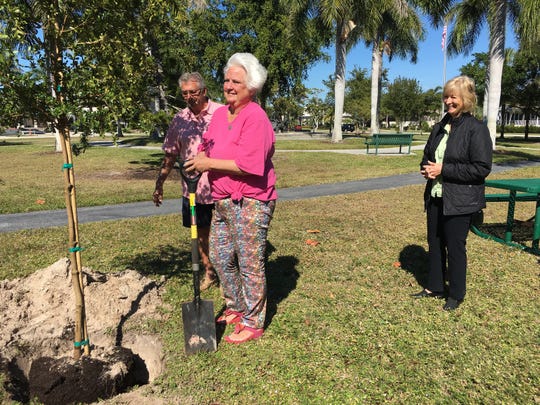 Calusa Garden Club chose a Shady Lady tree, also called a Black Olive tree, to plant with Smith’s donation. As a result of Smith’s generosity, the Garden Club voted to match any future donations for trees at Leigh Plummer Park in order to double the effect.

Linda Colombo, past president of the club and chair of the ad hoc committee to purchase and plant the tree, contracted with Al Benarroch of Affordable Landscaping to do the planting. When Benarroch learned of the project, he offered not only to donate his company’s planting services, but also to match the donated tree by donating another tree. So a Geiger tree, also a native plant to Southwest Florida, was chosen and was planted on Arbor Day.

Calusa Garden Club is a member of the Florida Federation of Garden Clubs and membership is open to those interested in horticulture, floral design and environmental matters residing five months or more in Collier County. 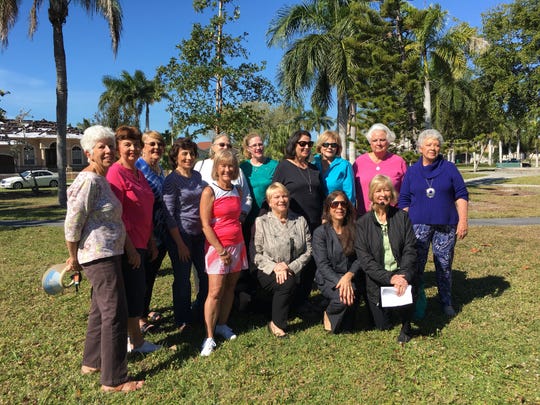