On The Hook: An expedient fishing adventure

Anyone who has ever been thrilled with the excitement of sport fishing knows that it is an unforgettable event.

On The Hook: An expedient fishing adventure

Anyone who has ever been thrilled with the excitement of sport fishing knows that it is an unforgettable event. It’s one of life’s adventures that is recalled in precise detail even years later; especially when the target was one of nature’s prime predators.

Just ask someone who has landed a writhing barracuda or shark on light tackle and watch their eyes glaze over as they recite every minute detail of the adventure and the triumph. And that’s the way it should be, success at the moment of personal challenge with the triumph topped off with a release of your piscatorial opponent. But, sometimes other priorities sneak in to foul things up.

So, our episode this time around is about a charter trip a few years back that puts a radically different twist to resolve when those fishing priorities clash. 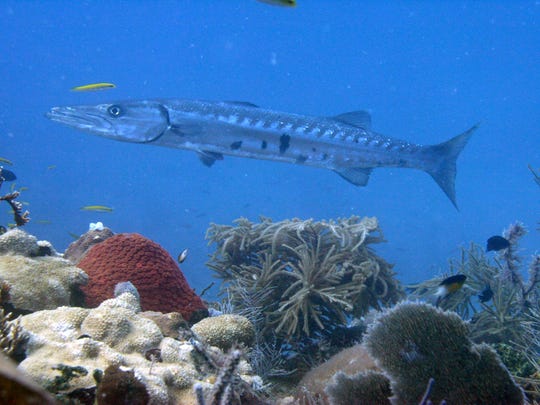 Our “stars” in this adventure were all from the U.K; never asked the town but the thick Cockney accent gave them away as “Londoners.” Nice folks and I remember their last name was Jones; the dad was Rodger and he had two teenage sons in tow. They were here on a timeshare trade for a week for theirs in Spain.

As we got underway that nice late spring morning the boys were fascinated with the cavorting dolphin in the Marco River as well as the nesting osprey and everything in between. Rodger was a bit on edge and kept asking what kind of “eating fish” could we expect this morning. I did a recital of the spring species available which seemed to satisfy his obvious quest for seafood.

The boys on the other hand were all about the adventure and as we neared Capri Pass one of them asked “Captain, by chance, do you have any sharks in these waters”?

Well it just so happened that we were at the beginning of the spring season where there are scads of small to medium size bonnet head sharks that invade the passes and when I told the boys about that the focus of the trip went sideways.

“Oh, Father we must do that”. Rodger flinched but gave them approval. He thought the quest for the “eating fish” could wait awhile.

So, we set up some tipped white jigs on wire leader and commenced a drift on the then strong incoming tide. Almost before the jigs hit the water both boys were engaged in tussles with medium sized bonnet head sharks. Their reaction to the strength of the pull and the sheer tenacity of the fight of these small sharks was an unending number of whoops and yells every time the sharks changed direction.

The boys were in heaven with the shark action and had even concocted a contest as to who be the “shark champion”. Meanwhile, Dad was fidgety and then confessed, to get the morning free with the boys, he promised the “Missus” that they would be bringing a parcel of freshly caught fish filets home for dinner.

Evidently, from Roger’s nervous state, the “Missus” must have ruled the roost and abhorred disappointment.

The morning wore on rapidly as the boys were totally enveloped in the shark action. Finally, Roger put his foot down and ordered an end to the shark fishing. “We promised “Mum” some eating fish for dinner and we’re going to do that boys.”

The boys grumbled but off we went to some good snapper holes up by Rookery Bay. We changed the rigs and provided an additional one for Rodger and all three of them had at it working shrimp tipped lindy rigs into the drop off.

To their surprise, we had strikes and landed three snappers almost immediately. But what wasn’t there was size. Mangrove snapper have a minimum “keeper” size of ten inches. All three of this first catch were all nine inches. We kept at it and for the next half hour it was all eight and nine-inch fish; all carefully released. Roger’s angst was accelerating as we moved to another “good” snapper hole.

Unfortunately, it was one of those days; all the snappers were undersized at the next spot and the one after that. As charter time waned on, Roger was on the verge of being frantic and the boys didn’t help the matter by beseeching their Dad to let them return to the shark fishing.

Rodger was in an obvious meltdown and it showed. Had to do something to ease the tension.

“Rodger, this is only a little half day fishing trip and some day’s it’s like this ... there are no guarantees. Tell you what, let’s take the boys back to the sharks and I’ll get you an answer to that take home you promised your wife.”

Still quizzical, he bought on and off we went back to Capri Pass. The boys reignited the frantic shark fishing and their “tournament” and I made a phone call.

Our time finally ran out and the boys were exhausted. Luckily the shark tournament ended in a tie so there were no hard feelings.

As we neared the marina, I handed Rodger a note with directions to a first-class fish market on the island and just minutes from the marina.

“Rodger, make a stop here on your way home. This top-of-the line fish market is holding a pound and a half of fresh snapper filets for you; it’s on me. Now you’ll be a hero to “Mum” as you are to your boys for allowing them to complete their shark “tournament”.

Finally, a big smile on Rodger’s face. The pressure was off. There is always some way to solve a problem, especially in sportfishing.