People up early Sunday, jogging or walking across the Jolley Bridge to Marco Island, might have wondered if they had gotten caught in a time warp. 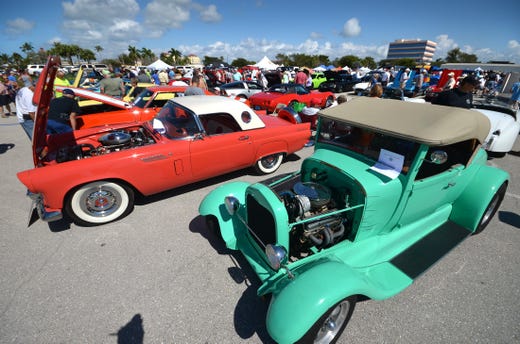 From a '56 T-Bird to a '29 Ford street rod, the show had something for everyone. The annual Kiwanis car show brought 170 collectible cars and thousands of car enthusiasts to Veterans Community Park on Marco Island Sunday. Lance Shearer/Special to the Naples Daily News
Fullscreen 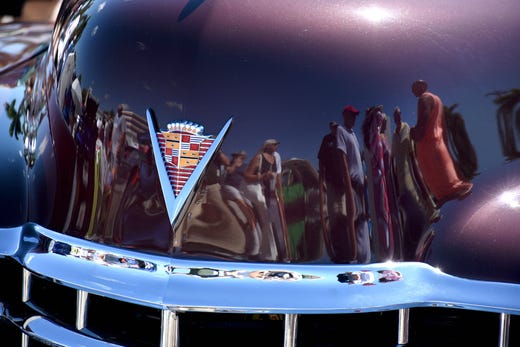 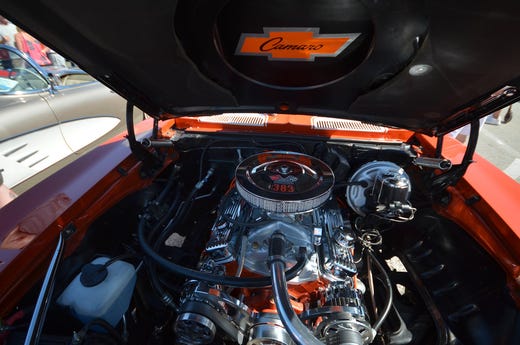 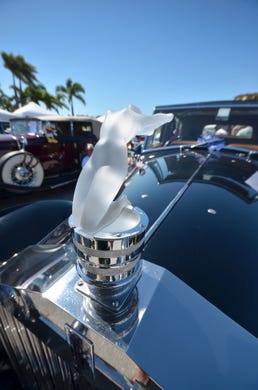 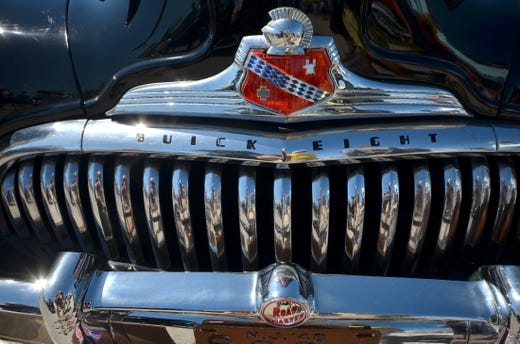 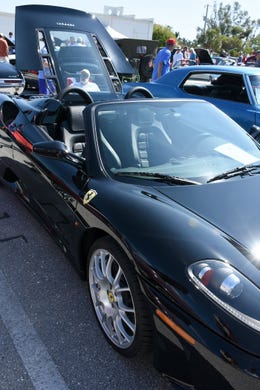 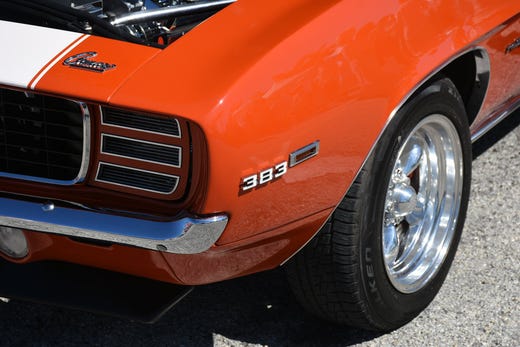 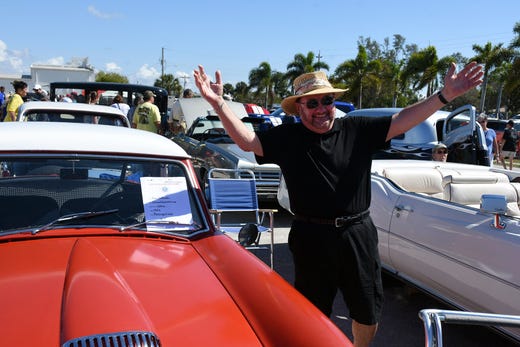 John DeMado reacts to applause for his "horn solo" on "Beep Beep," the 1959 classic by the Playmates. The annual Kiwanis car show brought 170 collectible cars and thousands of car enthusiasts to Veterans Community Park on Marco Island Sunday. Lance Shearer/Special to the Naples Daily News
Fullscreen 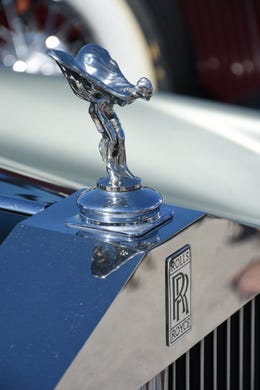 One of Sal and JoAnn Campo's Rolls Royces in the show. The annual Kiwanis car show brought 170 collectible cars and thousands of car enthusiasts to Veterans Community Park on Marco Island Sunday. Lance Shearer/Special to the Naples Daily News
Fullscreen 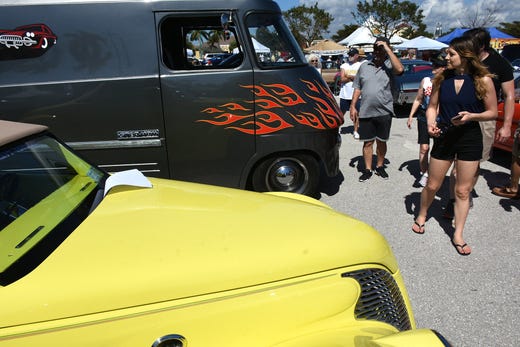 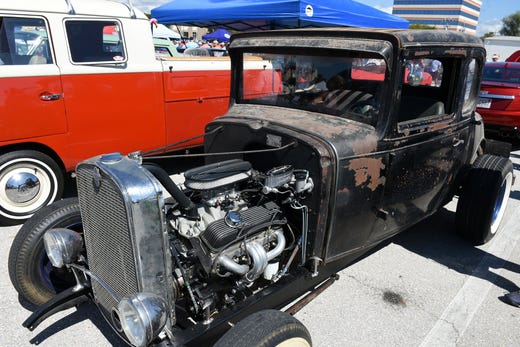 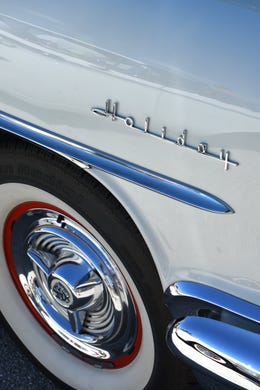 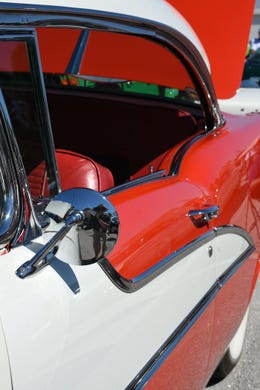 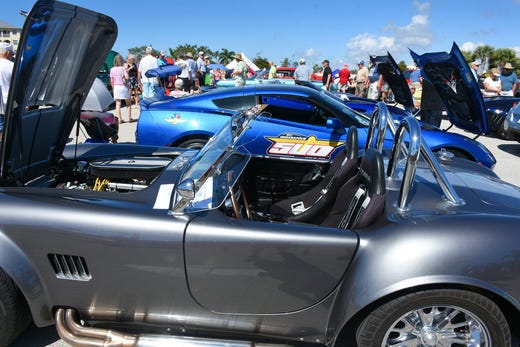 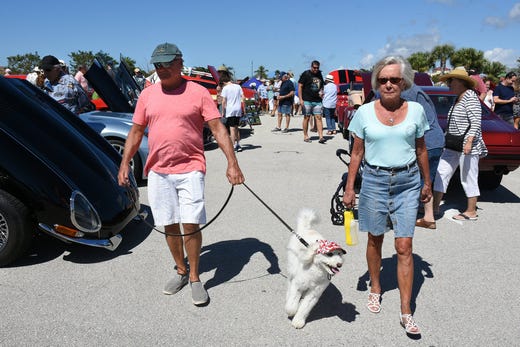 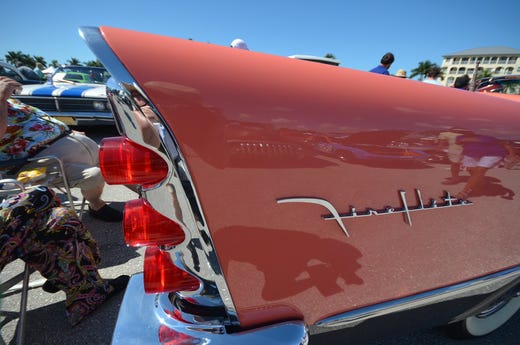 People up early Sunday morning, jogging or walking across the Jolley Bridge to Marco Island, might have wondered if they had gotten caught in a time warp.

Dozens of cars from bygone eras of automotive manufacturing were streaming across the bridge, many dating back to before the bridge existed, all headed to Veterans’ Community Park. This was the 15th year for the Kiwanis Club of Marco Island annual car show, but the show’s first time at Veterans’ Park, after 14 years in the space adjacent to the NCH Healthcare Center. On a bright, sunny day, a breeze stiff enough to blow your hat off helped keep the crowds comfortable.

Once the 170 vehicles were signed in, organizer John DeRosa and his volunteer helpers lined them up in rows in what becomes the parking lot for the Farmers’ Market on Wednesdays. A row of canopies circled the perimeter of the fenced-off space containing the cars, with vendors of car products, hats and t-shirts, and organizations such as the Marco Island Academy Key Club selling root beer floats and the Marco Island Fire-Rescue Foundation promoting their “cruise to anywhere” contest, with a drawing to be held at their pancake breakfast on April 7.

But at this show, the cars were the stars. From vintage Rolls Royces, Packards and Auburns, with their hood ornaments glistening, to a long row of Corvettes and other muscle cars with engines you could eat off, and at least one old jalopy in “barn find” rust and tattered upholstery, there was something for any car enthusiast, and enough to turn an auto agnostic into a true believer.

Sal and Janet Benanti of Marco Island admired a Ford with a rumble seat; the rumble seat on another antique was inhabited by an enormous stuffed Teddy bear. Many spectators fixated on cars that reminded them of their youth.

Looking at one vintage Chevrolet, Dan Bovin told his son Andres how “grandpa had a ’67 Chevelle, with a 396 engine, but had to sell it when I came along.

Steve Van Blarcom showed a classic Corvette, but called attention to his cap, proclaiming him a life member of the 200 MPH Club at the Bonneville salt flats. He attained that prodigious speed there in a “’29 Ford on a ’32 frame with a 302 Chevy V-8 that made 1,000 horsepower,” and in all, he said, had driven at 200 miles per hour in five different venues. “There’s more people who have climbed Mt. Everest than have done that,” he said.

In case you have any doubts, you need have no hesitation in asking someone with a cool old car about it; they are generally willing to go into as much depth as their listener will bear talking about their baby.

Steve Reynolds DJ’ed tunes for the event. One highlight came with “Beep Beep,” a 1959 song by the Playmates, with exhibitor John DeMado chiming in with a “horn solo” adding the beeps on cue.

“This was the best group of cars we’ve ever had,” said DeRosa, while diplomatically declining to name a personal favorite. The event brought 3,000 spectators and cleared over $22,000, he said, all of which will go to support the Kiwanis Club’s child-related charitable efforts.

Having provided a fix for the car crowd, the Kiwanis’ next event is for the would-be riverboat gamblers. The club is holding a Texas Hold ’Em poker tournament March 9 at Rose Auditorium. For more information, go online to marcokiwanis.org, or email LuckyTeam@gmail.com.