Hurricane season shaping up to be average, with four major storms possible

NOAA is predicting between nine and 15 storms, with four to eight of those becoming hurricanes, and two to four of those hurricanes being major storms.

Hurricane season shaping up to be average, with four major storms possible

An El Nino pattern matched against warmer Atlantic Ocean temperatures has meteorologists calling for a wide range of possibilities this hurricane season.

The National Oceanic and Atmospheric Administration is predicting between nine and 15 storms, with four to eight of those becoming hurricanes, and two to four of those hurricanes growing to Category 3 or higher status.

"It would be in the average-season range," said Dennis Feltgen, with the National Hurricane Center in Miami, an arm of NOAA. "So they're looking at a little less activity than last year, but in the grand scheme of things if a big storm hits you it's a bad year. If a hurricane hits you it's a busy year."

Hurricane season runs June 1 through Nov. 30, although storms can and do form outside of those months. 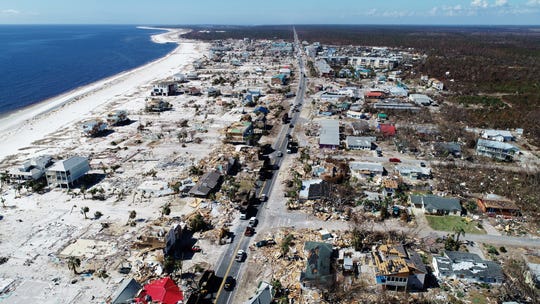 "CSU anticipates that these weak El Niño conditions are likely to persist through the peak of the Atlantic hurricane season. El Niño tends to increase upper-level westerly winds across the Caribbean into the tropical Atlantic, tearing apart hurricanes as they try to form," a CSU forecast reads.

More: Bobcat perched atop electrical pole on Alligator Alley crawls down to safety

An average year brings 12 named systems, with six of those becoming hurricanes — and three of those being Category 3 or higher.

Major hurricanes have devastated much of the state in recent years, with Michael ravaging the Mexico Beach area in north Florida in 2018 and Irma ripping up the Southwest coast in 2017.

El Nino conditions are expected to temper hurricane and tropical storm development, but that influence may be offset by the warmer-than-average water temperatures that are expected in the Atlantic Ocean, Gulf of Mexico and Caribbean Sea.

A weak El Nino pattern has been in place for months.

Regardless of how the season shapes up, Floridians in vulnerable areas should prepare now for the storm season, Feltgen said.

"You have to prepare this year like you do every year and like this is the year you're going to be hit," he said. "Once the hurricane warning flags go up, it's too late. You're going to join long lines at the big box stores and by the time you get there what you're looking for will already be gone."

Local emergency managers have already made many of the preparations needed for hurricane season.

"We're in contact weekly with the hurricane office in Miami," said Margie Hapke, a spokeswoman for Collier County. "The wastewater and other departments pull out plans and all the wastewater treatment plants to everything can be switched over to emergency mode as necessary."

"The forecast really doesn't have an impact on our planning," Hapke said. "We need to be prepared for anything that comes up."

More: How to tell the difference between a crocodile and an alligator

Floridians have until June 6 to build a hurricane-season stockpile — including batteries, flashlights and radios — free of sales taxes.

Items eligible for the tax break are:

►  tarpaulins or other flexible waterproof sheeting, $50 or less; 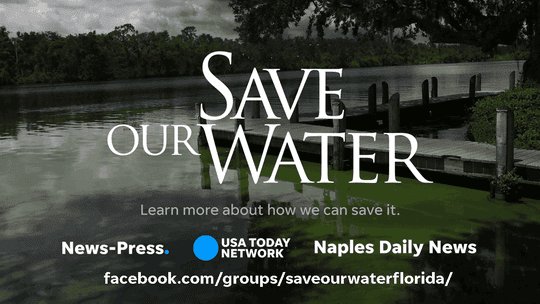 Save our Water (Photo: The News-Press)