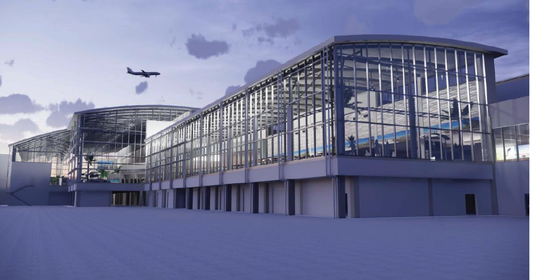 Concept sketch, from an airside perspective, of an expanded terminal at Southwest Florida International Airport, as envisioned in late 2018.(Photo: Special to The News-Press)

From the parking areas outside, Southwest Florida International Airport’s passenger terminal will look pretty much the same in four years.

But inside? Fasten your seatbelts for big changes. These include:

One single, consolidated TSA checkpoint with 14 screening lanes for starters.

More space for restaurants, bars and shops, almost all of it post-security.

More indoor palms, subtropical colors and glass walls to bring the outdoors in.

In addition, one new air gate will be added – to Concourse B.

With 30 percent of the design done, Lee County Port Authority estimates the expansion will cost $160 million: Count on that to fluctuate as the project takes shape, said Mark Fisher, authority deputy executive director for development.

Goals for this project include shortening passenger wait times, increasing traveler spending on concessions, adding more restrooms and amenities, and giving the airport an even stronger Southwest Florida vibe to enhance the flier’s experience.

The port authority also plans to update passenger check-in areas inside and outside the terminal.

The ticket lobbies will start getting a face-lift later this year, that will include new service counters and digital video screens to replace fixed signage on the walls.

“This is the calm before the storm,” airport chief Jeff Mulder told the Airports Special Management Committee, which got an update on expansion plans Tuesday.

The job won’t be finished until early 2023, “but in 2019. We’ll start to see changes,” Mulder said, adding that three years or more of construction is “significant.”

Southwest Florida International’s $430 million terminal that opened in late 2005 and which served more than 7.6 million passengers in 2006 has worked great up to this point.

But now, the south Fort Myers airport serves more than 9 million fliers annually.  Data analysis done on behalf of the port authority shows that wait times at the existing three screening checkpoints could soar to more than two hours if passenger traffic increases beyond its current levels during peak hours in the busiest winter travel months.

That busy season historically starts around Presidents Day in February and extends through the week after Easter. 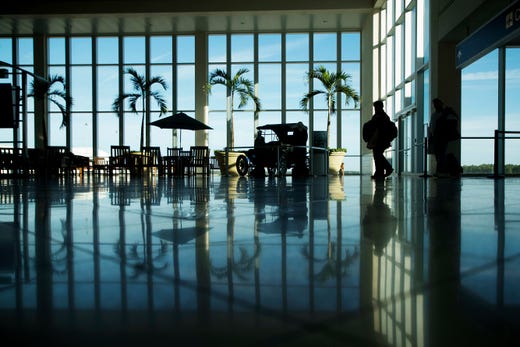 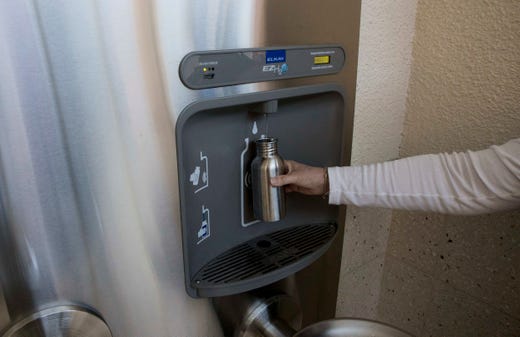 Southwest Florida International Airport traveler Robin Jenkins fills her water bottle in the new dispenser in one of the terminals on Wednesday. The airport has made minor upgrades that inlclude more cell phone charging stations among other amentities. Andrew West/The News-Press
Fullscreen 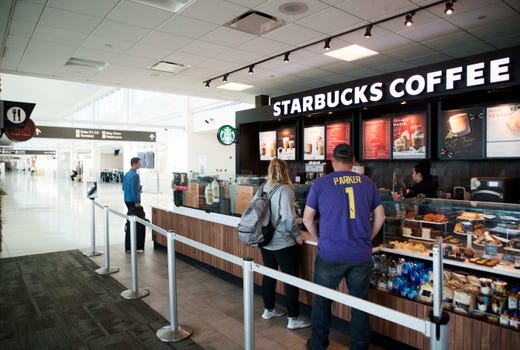 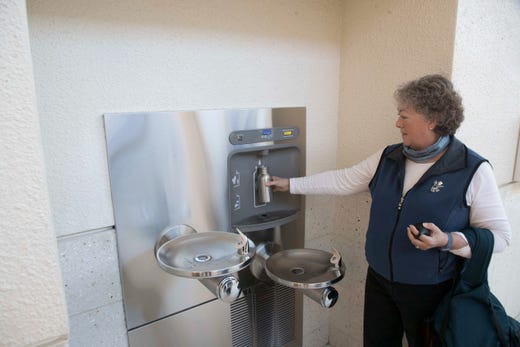 Southwest Florida International Airport traveler Robin Jenkins fills her water bottle on a new dispenser at the airport on Wednesday. The airport has made some upgrades. Andrew West/The News-Press
Fullscreen 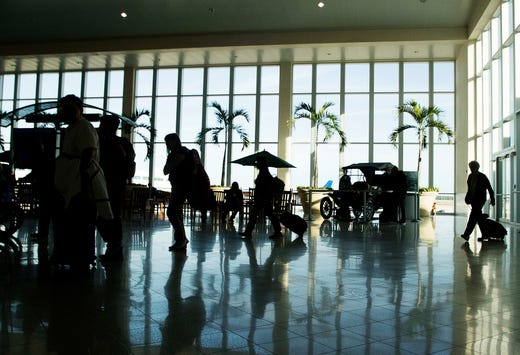 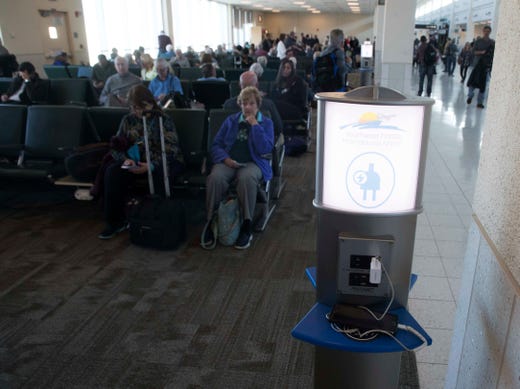 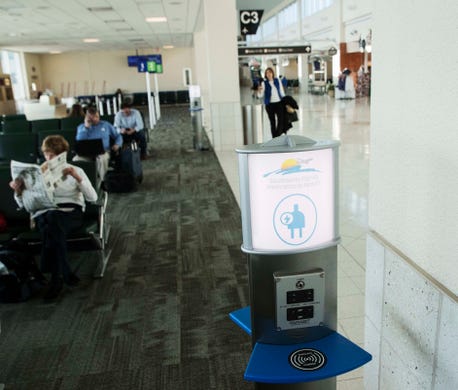 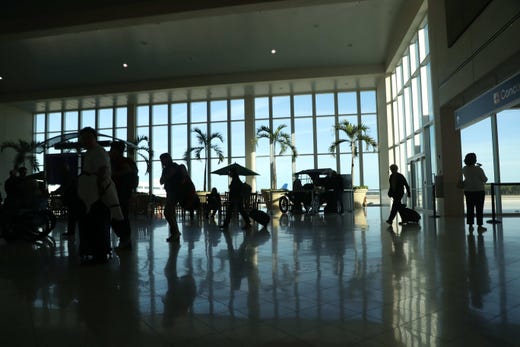 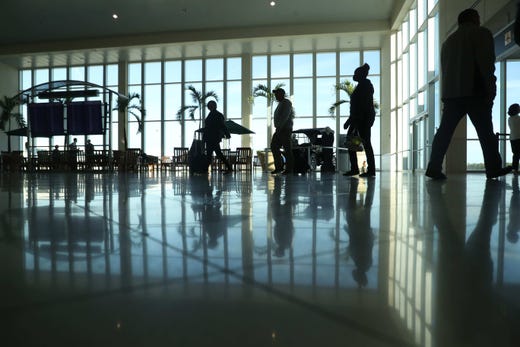 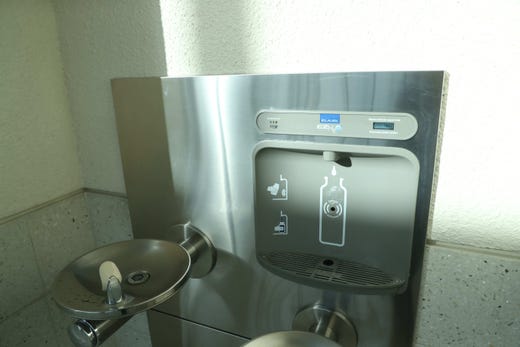 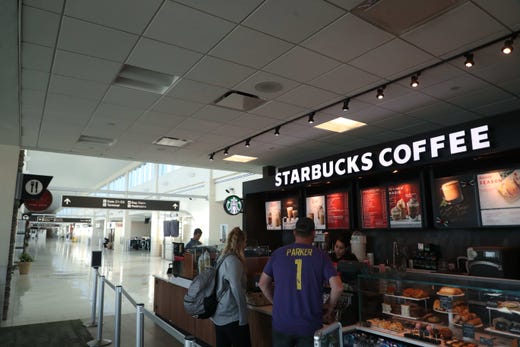 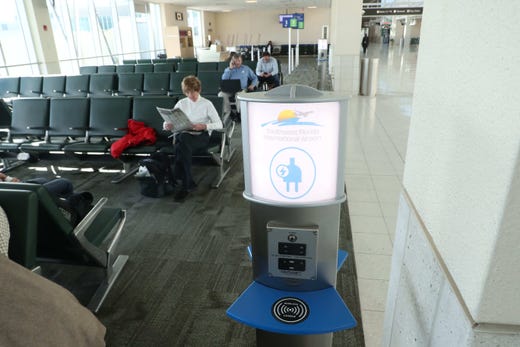 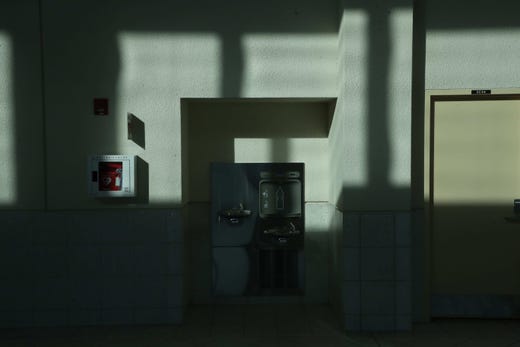 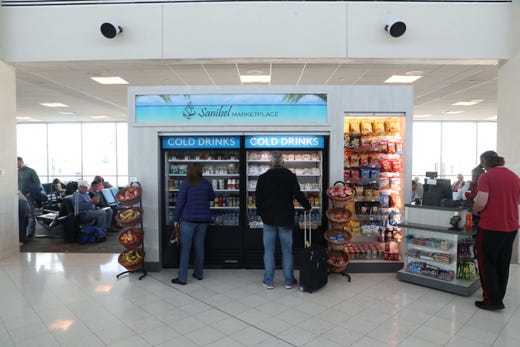 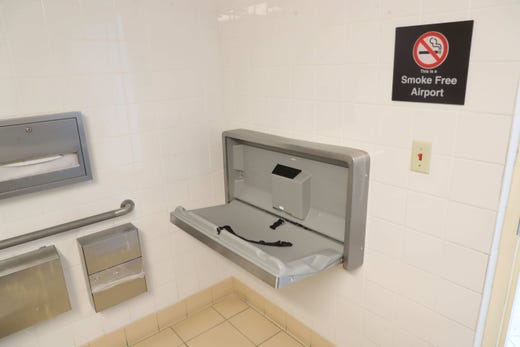 Earlier this year Mulder noted that, when lines are long, "it makes the news, which ... is a negative for the airport and the community. And, it makes for a bad travel experience."

That matters in a community where the tourism and hospitality business accounts for an estimated one in five jobs.

So, the overarching goal is to slash passenger wait times in season, without overbuilding for reduced passenger demand during the rest of the year.

The solution favored by the port authority, airlines and the Transportation Security Administration is to replace checkpoints at all three existing concourses with one big, central second-floor facility that could hold up to 18 screening lanes.

Because even more room is required for this super-checkpoint area, the existing row of restaurants and retailers in the non-secured area will be relocated to the concourses.

Also, the walls on the second floor will be bumped-out to expand the terminal further into the airfield side. 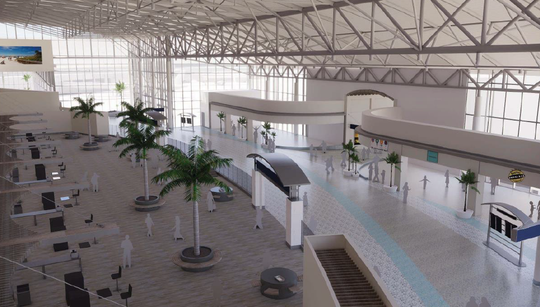 This concept sketch from late 2018 offers a bird's-eye view of an expanded passenger terminal at Southwest Florida International Airport. To the left: the area just past the single, consolidated security checkpoint with a minimum of 14 lanes. To the right, the walkway leading to the airport's three concourses and 29 air gates. (Photo: Special to The News-Press)

The resulting area would be spacious enough to accommodate automated screening lanes, CT carry-on bag scanners and other technologies the airport hopes TSA will bring here, and which could speed up processing times.

The space reallocation means fewer dining and shopping opportunities for non-fliers who enter the terminal to await arriving family and friends. However, they don’t have to go hungry: Spots in the two existing high-ceilinged atriums will be outfitted for limited food and-beverage service.

With the new checkpoint configuration, fliers can shop or dine in any of the concourses. Concessions space will increase from the expansion, but moderately so: Currently about 38,695 square feet is devoted to concessions. That will increase to 40,000 to 50,000 square feet.

However, as seen in airports across the United States, “it will provide better service to our passengers and increase airport revenues,” Fisher said.
The one gate the expansion will add – B1A – could be used like any other gate serving domestic travel. However, because it has a “sterile corridor” connecting it to the federal inspection station, it also could supplement Gate B1 in handling international arrivals.

With the new gate, RSW will have 29. The terminal was designed to be expandable up to 65 gates.

Why not more gates in the expansion? A shortage typically drives gate-building, airport leaders said.

Southwest Florida International is one of the most seasonal airports in the county. On average, its peak season – March – has 125 percent more passengers than its slowest month – September.

Even in Florida, airports in Tampa and Orlando see only about a 30 percent change in passenger numbers between peak and off-peak season.

As RSW’s market and number of annual passengers grow – and the peaks and valleys of use flatten – “we will need to add gates,” Fisher said, adding:

“We plan to study scenarios for when and how that could occur, over the next year or so.”